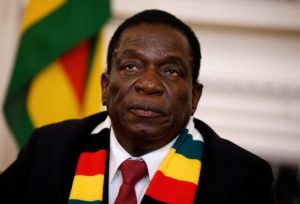 Zimbabwean President, Emmerson Mnangagwa’s administration is reported to be fighting hard to keep Zimbabweans domiciled in South Africa despite the country threatening to send them packing.

The South African government has indicated it will not be renewing the temporary work permits given to Zimbabweans based there, implying hundreds of thousands will have to trek back home when they expire at the end of the year.

South African Home Affairs Minister, is reportedly fending off pressure from his Zimbabwean colleagues who are pleading with his government not to deport over 250 000 people awarded the permits.

However, it appears Harare is not keen to have its citizens back anytime soon amid a worsening economy which could struggle to contain the sheer volume of returnees, with its officials burning the midnight oil in an effort to thwart their return, especially with general elections looming.